The Edge of Dwelling 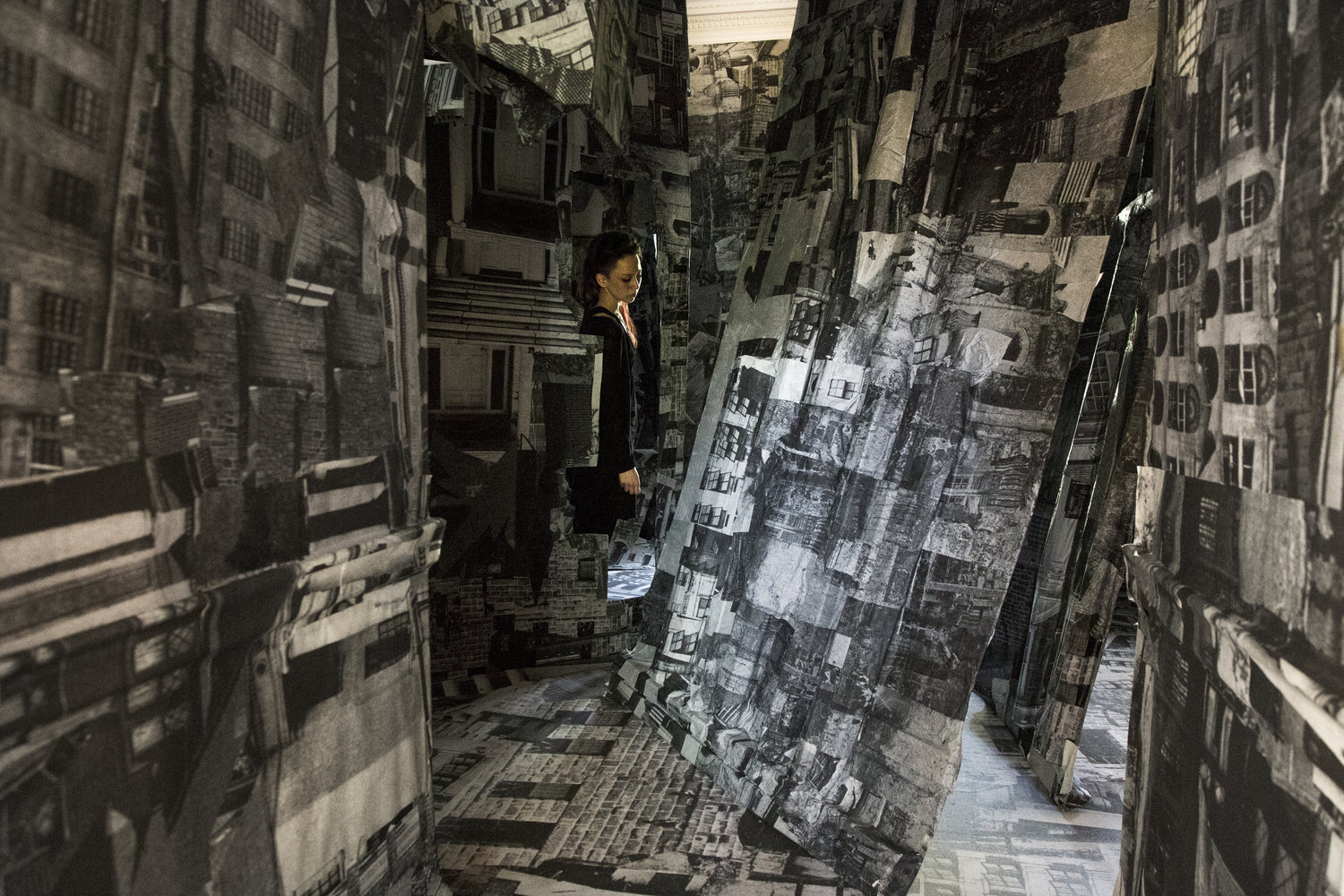 “The Edge of Dwelling” is an artwork by Sara Jimenez. An immersive, fictional city from printed and collaged photos of historical ruins, churches, schools, Victorian stage props, government buildings, and estates. The installation was part of a 3-person exhibition called “Here We Land” at Wave Hill. The original images are sourced from American colonial texts documenting the Philippines after the Spanish-American War. Mixed within these photos are images of buildings from Wave Hill that have similar architectural facades. Supplemented with a soundscape by Finnish musician, Lau Nau, the space blurs distinctions between the ‘real’ and ‘imagined’, the ‘wild’ and the ‘civilized,’ the ‘empty’ and the ‘occupied’. I am interested in creating a fragmented kaleidoscopic site of facades and replicas that play with perspective, representation of space, and one’s sense of orientation to one’s surroundings. How are sites of dwelling constructed? Who are these places for? How is power signaled and maintained through the reconstructions of the land and the erasure of narratives? The installation is not a static space. I further interrupt the space by re-positioning the architectural structures several times throughout the run of the exhibition. Finnish musician Lau Nau and I collaborated to create a soundscape that vibrates throughout the gallery. We used recorded excerpts from quiet but occupied spaces at Wave Hill and natural phenomena to craft an experimental auditory experience “between silence and a charged sense of haunting.”