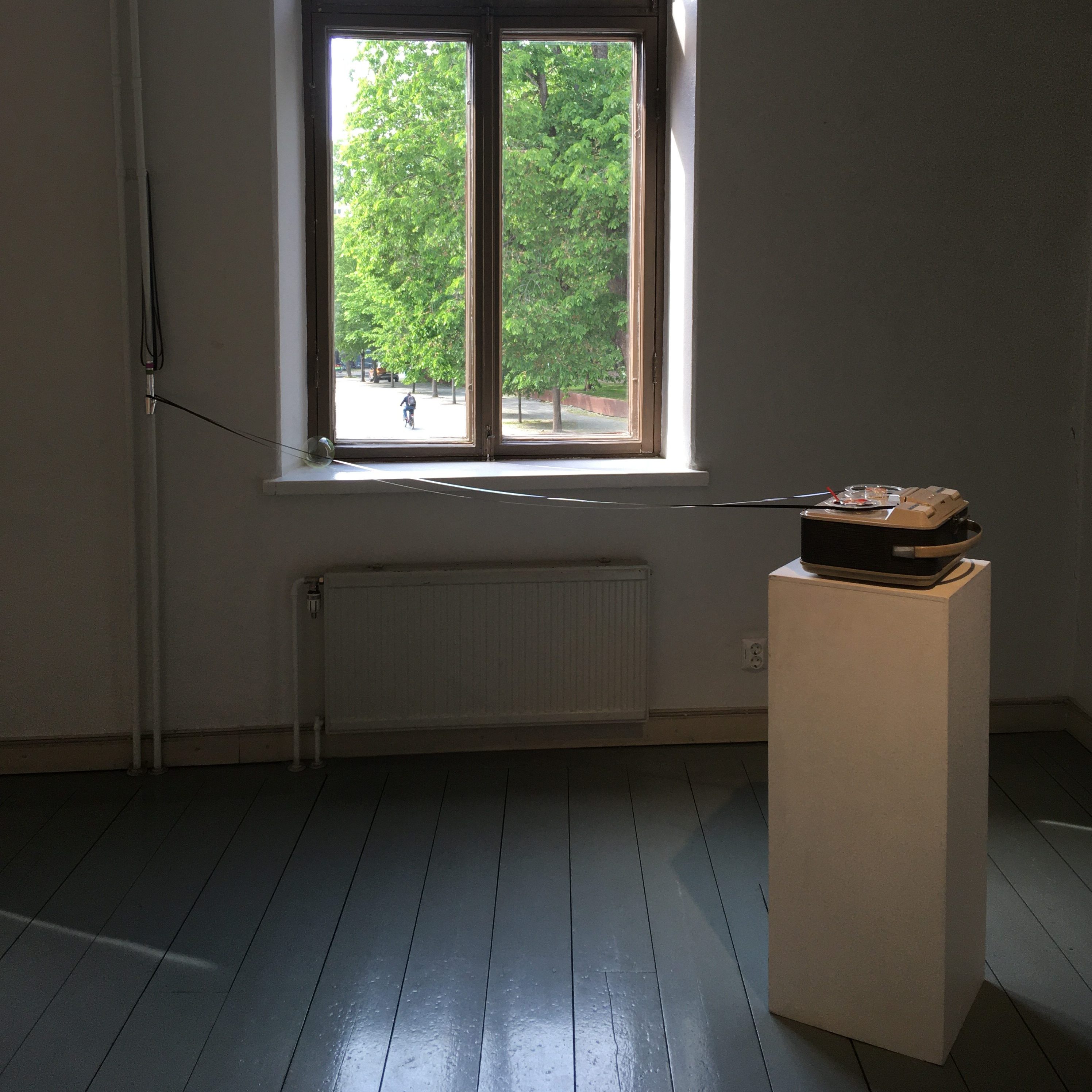 The sound and visual artists Jonna Karanka, Merja Kokkonen, and Laura Naukkarinen  —  also known by their artist names Kuupuu, Islaja, and Lau Nau  —  performed and released improvisation-based music together as Hertta Lussu Ässä in 2005-2011. After a ten-year break, the trio became aware of their yearning to make a move: the magic circle must be reactivated. It felt natural that the next gig would be something novel, and so the idea of a joint art exhibition was born.

The trio shares many things in common as art makers  — for instance, the use of analogue technologies. Examples of such instruments include a graphic press, a frame loom, and modular synthesisers. These machines require touch for activation: bending, zigzagging, lifting, setting down, and taking care. The tasks at hand go beyond material understanding: they also require a collaboration with the machine, almost as in a partnership.

The exhibition features woven tapestries, graphic art prints, and sound-based works. Executed using various techniques, the abstract language of the works leans on such themes as visual music notation, hallucinations, and travelling from one space to another. The starting point for the exhibition is also in friendship, and cherishing this through collaboration. Inspiration is not born in a vacuum, but rather in interaction with others.
Jonna Karanka’s series of textile works draws from Klüver’s form constants, which are recurring geometric patterns such as lattices, known from the psychology of hallucinations. Such hallucinations are formed of certain patterns regardless of their trigger — be it drugs, lack of sleep, or sensory deprivation. Hallucinations can be overwhelming, because the appearing images have “too much” to take in: the colours are bright, saturated, and glowing. This series of works aims at the same “too-muchness”  — the over-stimulating synthesis of geometry and sparkling colours.

Merja Kokkonen prints monotypes which, in addition to printing ink, use natural materials such as sheep’s wool, flowers and seaweed, and various industrial products from fruit packaging netting to rubber bands. The objects and themes continue their path in the images as pictograms, leaving their interpretation up to the viewer.

Laura Naukkarinen’s analogue sound works are spectacles of sound waves, synthetic visions. They have been produced through adjusting electric voltages with the oscillators of a Buchla 200 synthesiser. The sounds do not bend into ones and zeros, but rather exist in physical form as a procession of traces on magnetic tape through the space, for the viewer to witness through the playback heads.

The exhibition has been supported by the Finnish Cultural Foundation and Arts Promotion Centre Finland.