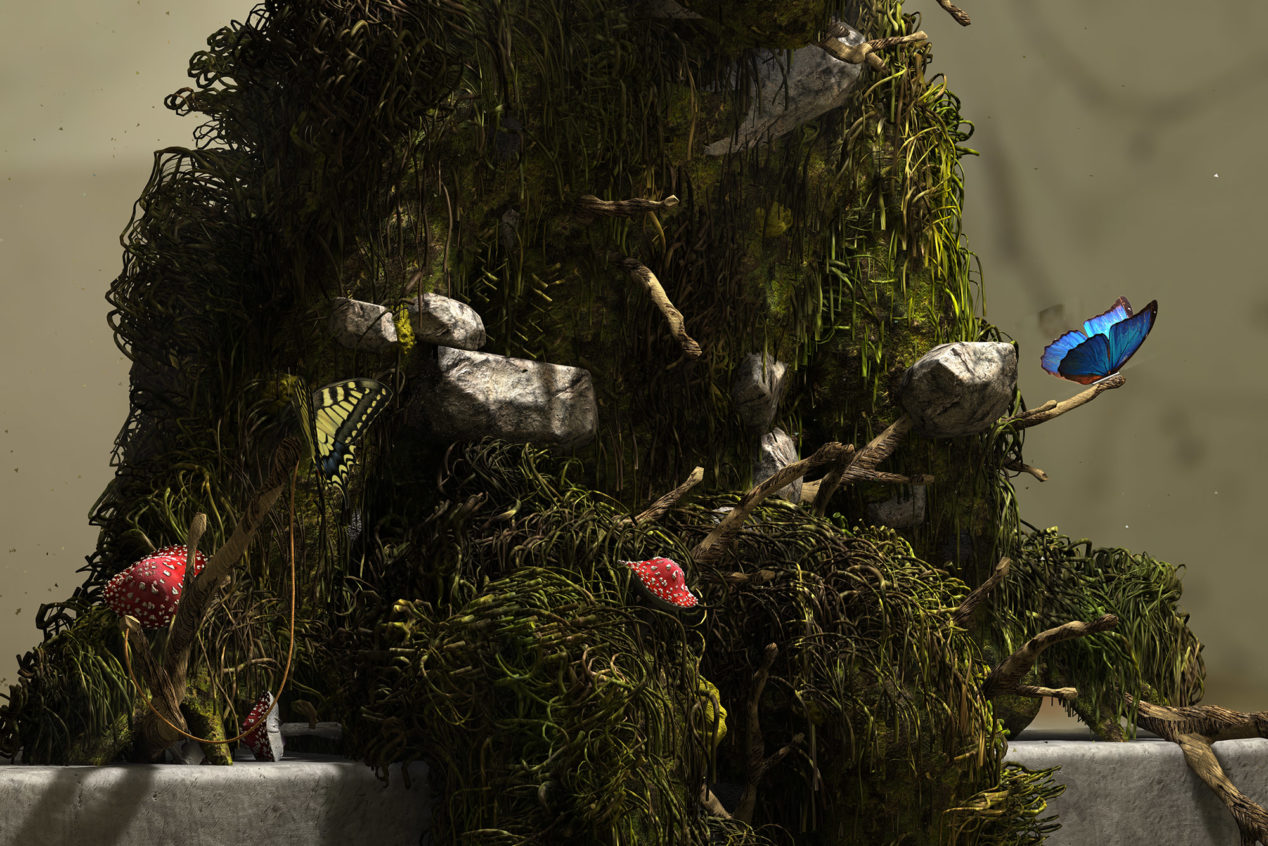 There are gaps in the report but porosity is not directly related to water permeability.

We’re being underground; underbridge. From time to time, iron-rich water is been told to seep from the northeast corner of the back hall.

Invitations have been issued, resulting in a group.

Translucent colours filter gazes and more. New-fashioned images move, some get trapped in snares. There’s electricity in the air.

Sonic characters are not excluded. Acoustics bounce on the surfaces.

As a spatial object, the old storehouse that once was located under the bridge somehow enables the studying and imagining of subterranean processes. In the fictional relics and ritual compositions consisting of aural elements as well as other found and modified objects, a number of nonhuman beings are praised and mourned.

The chthonic deities breathing through their moist skin under our feet are abandoning the soils that we have made uninhabitable for them. Artifacts from imaginary cultures call these more-than-humans, still remaining in the rectangular spaces of the human species, utilizing its technological tools; once more must the potential of the gallery exhibition be explored. Tentatively, however, it seems that cultural change and life space need to be formed next elsewhere. To begin with, sensory organs aim for the patiently expanding cracks in the paved halls and passages, which water always uncovers.

nabbteeri ‘s stratified, mesh-like works can include elements created with 3D modelling or other digital technologies alongside of borrowed, recycled and remodeled surplus materials and objects. These often ephemeral works change their form throughout long processes. Read more about nabbteeri.

The Arts Promotion Centre Finland (Taike) supports the working of the group’s artists. The exhibition has been made possible by the South Ostrobothnia Regional Fund of the Finnish Cultural Foundation, as well as Taike Ostrobothnia.